Congratulations to all teams that were involved in the 2020 ACC Championship Senior Girls & Boys Soccer. This week the ACC hosted the Grand Finals at Litis Stadium (home to Floreat Athena) in what was a wonderful spectacle of top end soccer talent taking to the field.

The ACC Championship is the pinnacle of Senior Girls & Boys Soccer within the association with over 30 ACC member schools involved again in 2020.

The ACC Championship Soccer was held during Term 3 as a One Day Carnival Format in 2020 due to the Covid19 halt during Term 2. The One Day Carnival format had seven (7) divisional boys pools hosted at a range of metro schools and venues. Special thankyou to Irene McCormack, Mercy, Holy Cross, La Salle, Lark Hill, St Norbert and John XXIII College that played host to the boys divisional pools. Also, special thanks are extended to Curtin University and Kingsway Sporting Complex for hosting the south and north metro girls’ divisional carnivals.

Curtin University had nine girls’ teams on the 19 August and congratulations to the teams making the finals in Seton, South Coast and Mandurah Catholic College. Seton Catholic College taking out the south metro finals pool with some commanding performances across the day.

The Grand Final in the Girls was played this week between Lake Joondalup (north winners) and Seton Catholic College (south winners) at Litis Stadium. The Seton girls played some electrifying soccer early that really pushed the Lake Joondalup defence in the first 10 minutes and were unlucky not to land a decisive first blow. Lake Joondalup then steadied into the game and started to control possession and field position trapping the ball in the front half with an exceptional structure set up behind the play. Lake Joondalup continued to attack the goals in the second half as they landed 5 fantastic goals in a top performance. Congratulations to Hannah Insch from Lake Joondalup for the amazing performance (scoring 4 goals) in the Grand Final and winning the MVP award.

The winning teams from the 19 August divisional pools progressed into the ACC Championship knockout bracket. Congratulations to the following boys teams in taking out the divisional pools and moving into the knockout tournament bracket; CBC Fremantle, Kingsway, South Coast, Mercy, Providence, Lake Joondalup and Prendiville.

The Grand Final in the Boys was played this week between Mercy College and reigning 2019 champions South Coast Baptist at Litis Stadium (home to Floreat Athena). The game was a hard fought and tight contest from kick off with neither team giving an inch. Opportunities were at a premium and both teams had strong defensive structure behind the ball. Late in the fist half, South Coast managed to work the ball forward into great field position an earn a free kick outside the box. The free kick cross was a perfect ball and was tapped in from close range by eventual MVP of the Grand Final Jethro Yumange who capitalised on the quick opportunity. Both teams made strong plays in the second half with Mercy searching for the equaliser. The South Coast defence was put under threat on numerous attacks and it was a credit to the South Coast goalkeeper in keeping a clean sheet with a safe pair of hands and outstanding judgement to come off the goal line on certain occasions.

Congratulations to Jethro Yumange from South Coast for winning the MVP in the Grand Final and he is certainly a star of the future to keep an eye on. 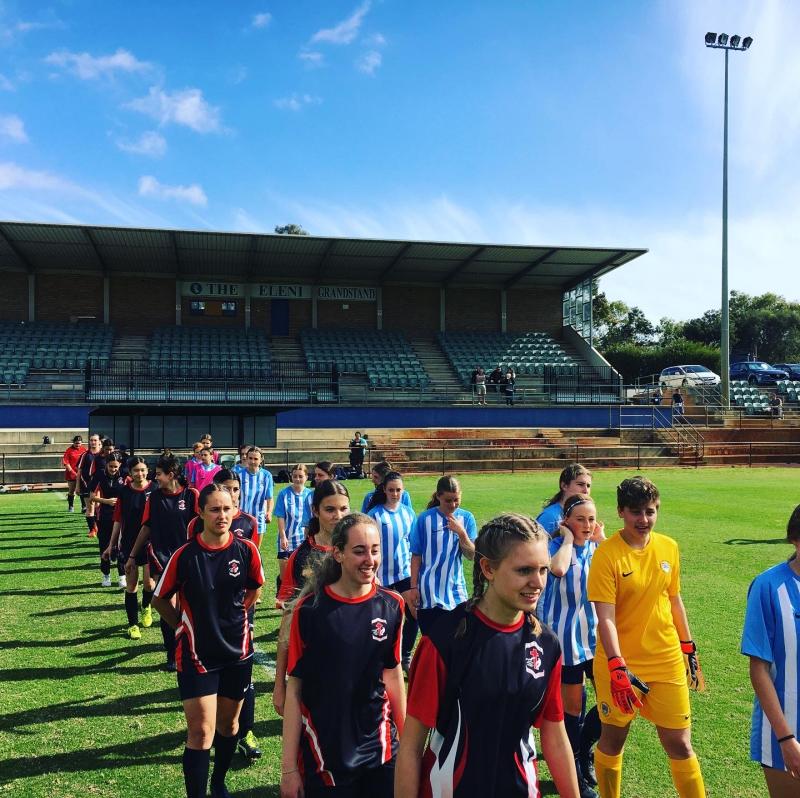 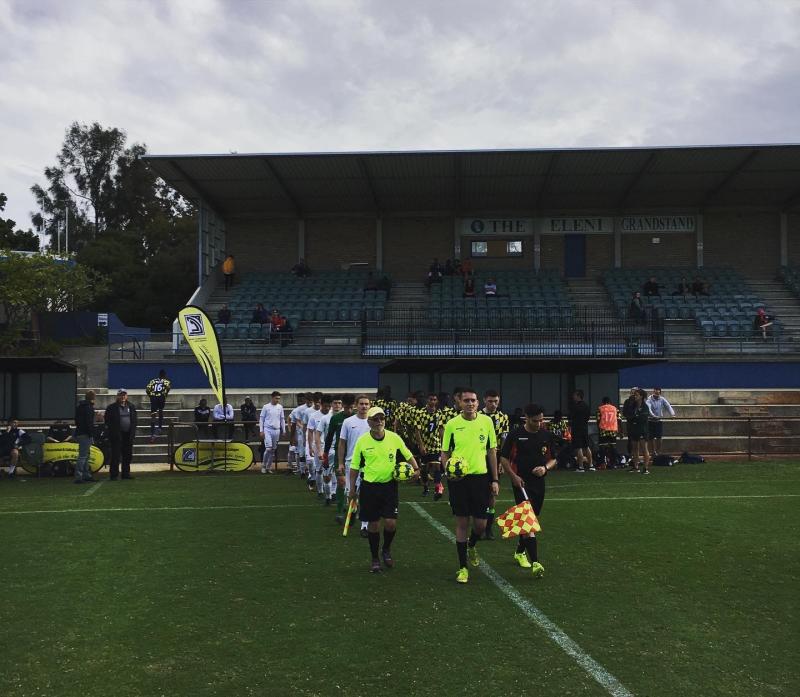 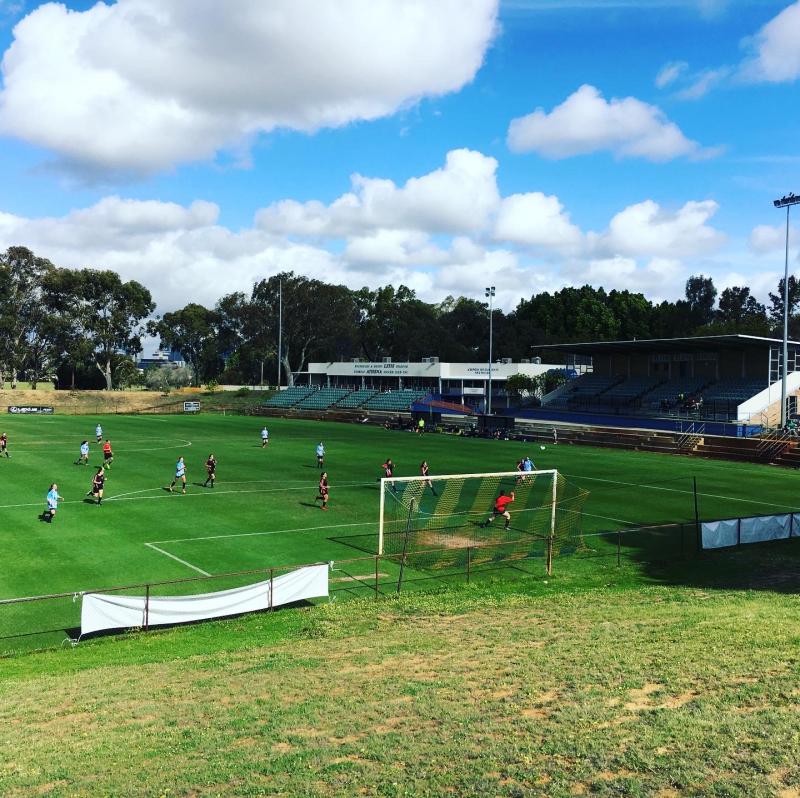 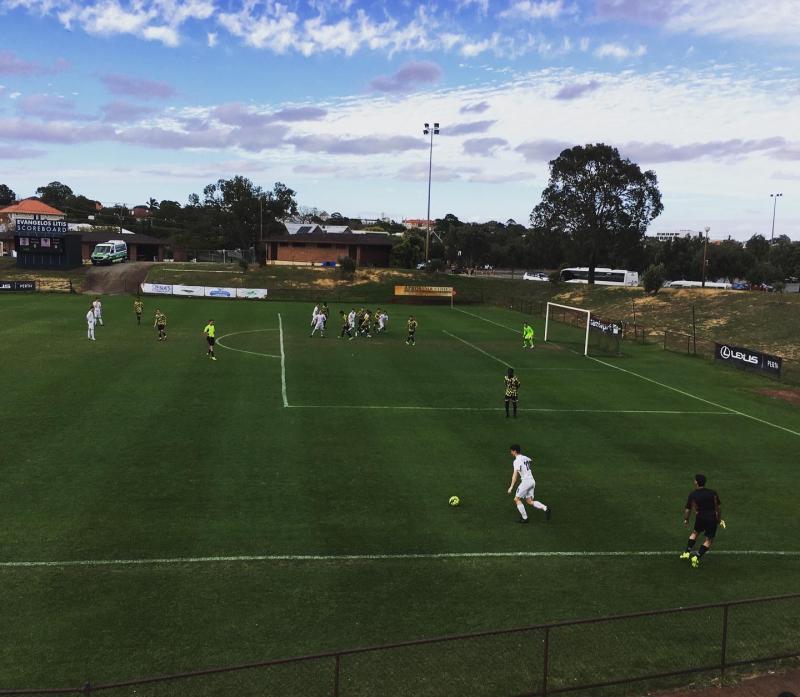 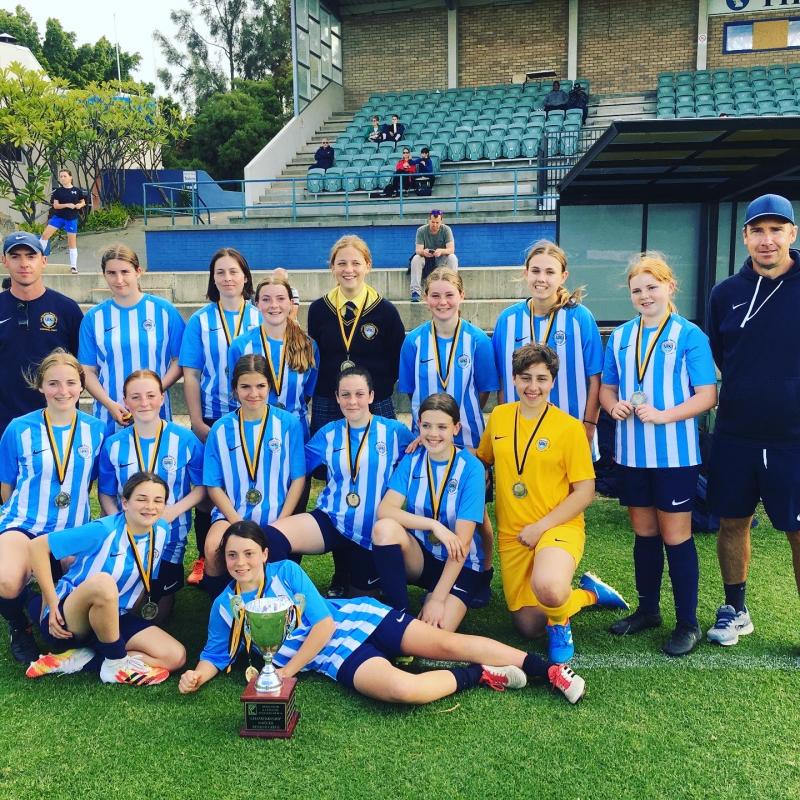 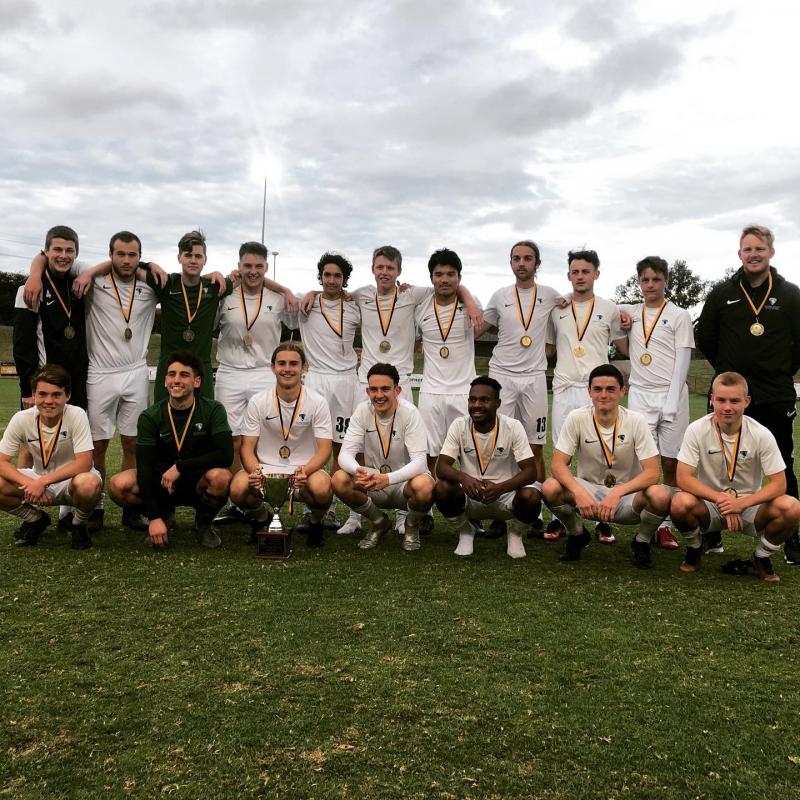 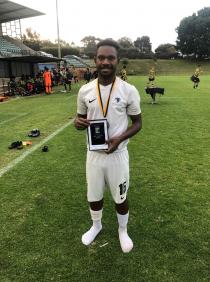 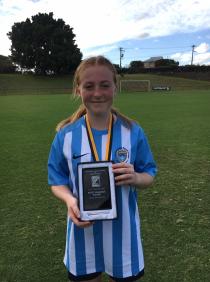 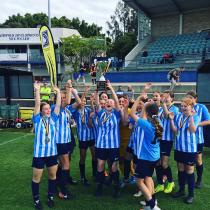