Congratulations to all players and coaches that were involved in the 2018 ACC Year 7 Super Series - West Coast Fever Shield!

The West Coast Fever Shield was again proudly partnered by Netball WA and was a fantastic exhibition of Year 7 netball talent within our ACC member schools. It was great to see a strong and competitive event being enjoyed by all the participants.

The West Coast Fever Shield was held at the State Netball Centre and had 16 schools broken into four pools battling it out across the day. Crossover finals occurred across each pool with special mention to the four teams that topped the group stage and made it into the West Coast Fever Shield Semi Finals: Servite College, Chisholm College, Sacred Heart College and St Stephens Duncraig.

The Grand Final was played between Chisholm and Sacred Heart on Court 1 in front of a packed crowd with many specatators and teams watching on. It was an enthralling game of clever attacking positioning and defensive pressure with Chisholm College able to pull away in a strong second half display. It was fantastic to have West Coast Fever superstar Kaylia Stanton present the winning shield and medallions.

Congratulations to all teams and a full list of the 2018 Super Series Results can be found through the ACC Website. 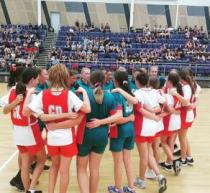 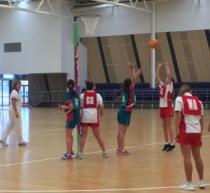 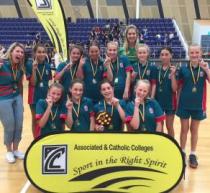