Well done to all the players and coaching staff involved in the inaugural Year 7 Super Series Hockey WA Shield in 2019.

The Hockey WA shield was an excellent blend of fun and competitive games of 7 on 7 summer hockey played at the Perth Hockey Stadium (Curtin University).

The 2019 Shield had five schools competing in the boys and four in the girls. It was fantastic to see schools such as Bunbury Catholic College and Frederick Irwin travelling up to the Y7 Super Series and being involved in the hockey.

The teams played in a round robin fixture that then included finals based on placings. The entertaining 7 on 7 hockey games were free flowing with fast ball movement that encouraged players to gain lots of possession and scoring opportunities across the day.

The boys pool games had some excellent games during the day. The placing final between Bunbury Catholic College and Mazenod was an absolute pleasure to watch with some excellent young hockey talent on the field. Bunbury Catholic College eventually winning 7-6 in a second half thriller. The Girls pool had some very close games across the pool. After dropping the first game to start the day to Mercedes, Ursula Frayne then won the remaining 5 games to be crowned the champions closely followed by the Frederick Irwin girls.

The ACC would like to thank Hockey WA for the excellent support of the event and also the use of the amazing turf at Perth Hockey Stadium. Perth Thundersticks and current Australian Kookaburras captain Aran Zalewski dropped in to present the winning shields and it was great to have him talk with the aspiring students.

The Perth Thundersticks Girls and Boys first home game to start the new season is this Saturday 26 October at the Perth Hockey Stadium!

Congratulations to all teams and a full list of the 2019 Super Series Results can be found through the ACC Website. 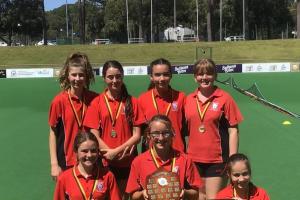 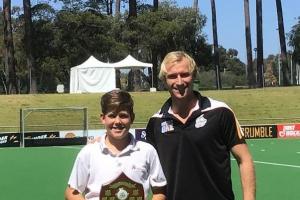