The 2022 ACC Boys AFL team played against the SSWA team on Friday 14 October at Leederville Oval.

The tournament was preceded by a formal jumper presentation at the Subiaco Football Club.

The event was endorsed by the WAFC who provided the umpires, awards and venue arrangements.  The WA Talent Identification team was also invited to watch the match.

The game was an incredible standard with all players exhibiting a high level of ability.  It was fairly even at the beginning of the match until SSWA pulled away convincingly in the second half.  The ACC team came back in the third to be within 2 goals but the SSWA proved too strong and finished with a confident margin.

The ACC would also like to acknowledge the trainers and helpers who assisted the coaching team with change room and field operations. Thanks to Jarrod Parry (CBC Fremantle) and Ben Sokol (Emmanuel Catholic College) for volunteering their time on the day. 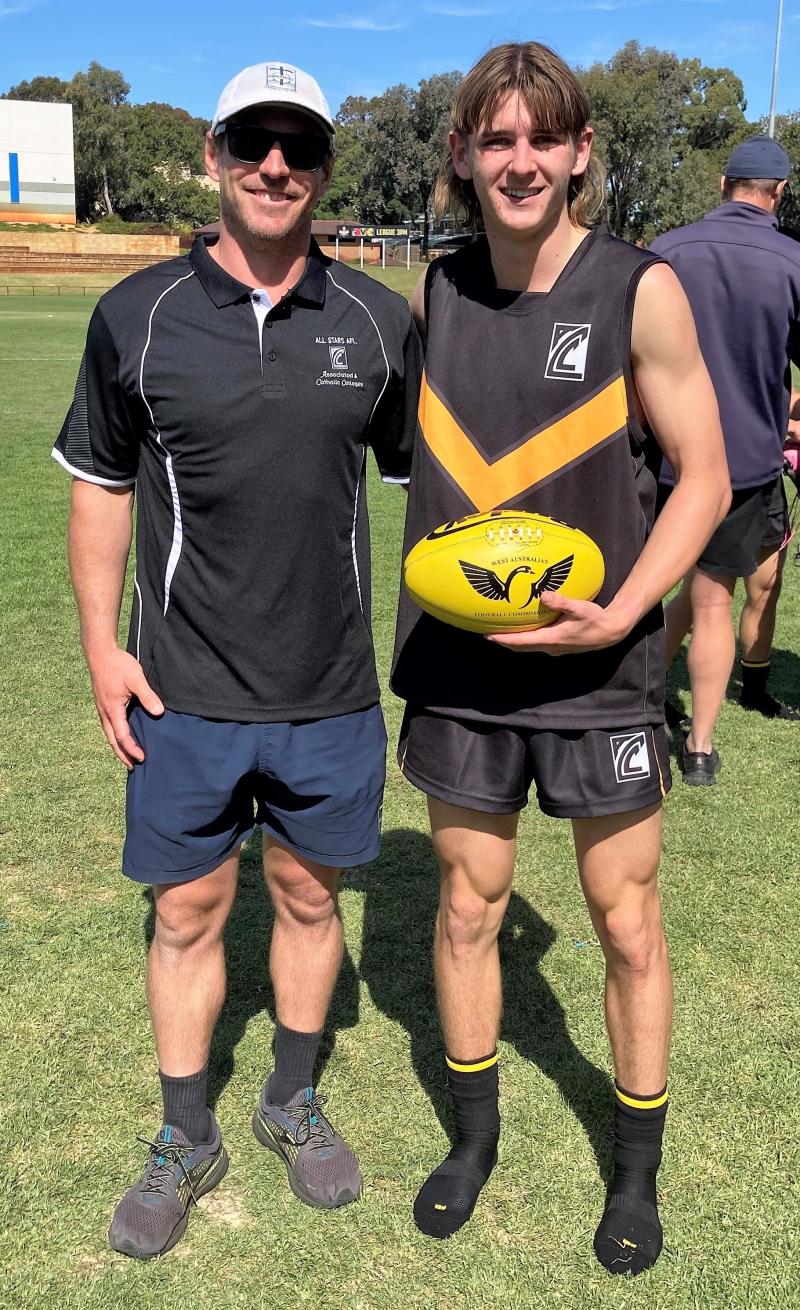