Congratulations to all players and coaches that were involved in the 2021 ACC Year 7 Super Series - West Coast Fever Shield played at the Gold Netball Centre and Perth Netball Association on Tuesday!

The West Coast Fever Shield is proudly supported by Netball WA and it was a fantastic day of fun filled netball action with competitive Year 7 netball teams. The competition had 22 ACC schools participate and all players and teams were outstanding in there application and effort given the wet and wild conditions at different stages during the day.

The carnival showcased some of the best U13/14 year old Year 7 netball talent within the ACC schools. Teams were drawn into initial group stage pools and then played crossover finals as placed. The highest ranked teams that topped the group stage and made it into the West Coast Fever Shield Semi Finals are to be congratulated on the outstanding performances: Emmanuel CC, La Salle, Chisholm, and Aranmore.

The Grand Final was played between Emmanuel CC and La Salle on Showcourt Court 1 in front of a great crowd with many teams staying to watch the final. Emmanuel CC played inspired netball in the first half and opened up a handy 8 goal lead at half time. Both teams had excellent passages of play, however, the connection and attacking half dominance of Emmanuel CC proved very powerful and ensured a fantastic victory in claiming the West Coast Fever shield for 2021.

Special final thankyou to Netball WA, the professional umpires and netball SEDA class that provided scoring across all courts at the carnival.

Final congratulations to all teams for the wonderful spirit in which they played all games. A full list of the 2021 Super Series Results can be found through the ACC Website. 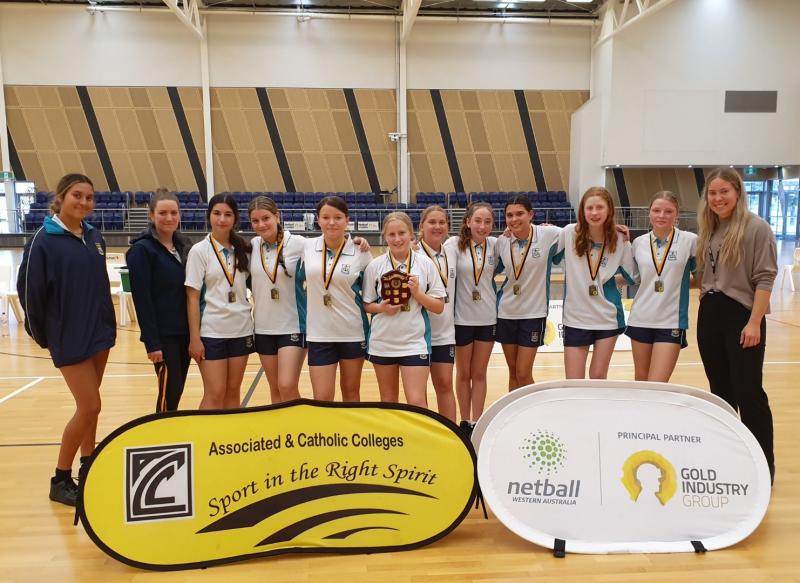